With Pandit Jasraj (Hindustani vocal) and the the famous ensemble “Quatuor Tana“. 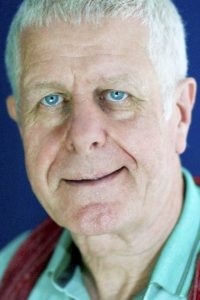 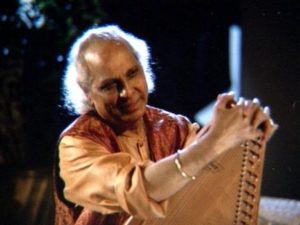 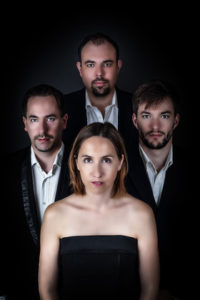 The piece is in two parts:

1 Ektal vilambit (slow). The text ‘Eri birari’ is by the famous poet Adarang . Sadarang (1670-1748) and his nephew Adarang changed the khyal style of Hindustani Music. They served at the court of Mughal Emperor Muhammad Shak (ruled 1719-1748).

Music of both pieces is by Pandit Jasraj.

The original performance can be heard on the CD Pandit Jasraj, Collection Maestro’s Choice, published by Music Today, New Delhi (1991)

One version of this famous piece can be seen here: http://youtu.be/B3zeI2793TA

(Although the composition is the same, Daniel Schell is not working on this version only, but also on others)

Daniel Schell, who met, learned from and works with Pandit Jasraj since many years, had the idea of achieving the notation of the vocal line of Jasraj and use it as the conducting (baritone) line of a musical ensemble. Finally Daniel decided to work it out for a string quartet. The project was initially proposed to David Harrington of Kronos Quartet who was interessed, however declined because a too busy schedule in 2013. Daniel has now agreed to work with the great Tana String Quartet, under the leading of violinist Antoine Maisonhaute.

An extraordinary event would be to join both artists on stage. Pandit Jasraj would interpret the original composition. Quatuor Tana would then perform the composition by Daniel Schell. They would then perform together. Of course, both performances are independent, and the string quartet can be executed as a standalone piece. However the live performance of both, would be a remarquable event.

The theme of the Europalia Festival 2013 is India. It will happen in Brussels, October 2013 to January 2014. The project has been presented to the board and accepted. The premiere will happen on January 12 at Bozar Brussels.

Pandit Jasraj, Hindustani vocalist. One of the most remarquable and well known vocalist of the North Indian Hindustani music.

Quatuor Tana is one of today’s most famous performing ensemble for contemporary music. They have created pieces from Cendo, Robin and Bedrossian. Besides their important creation activity they also have such composers as Riley, Scelsi, Harvey, Debussy, Janacek, Chostakovitch in their repertoire. 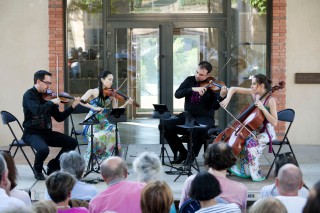 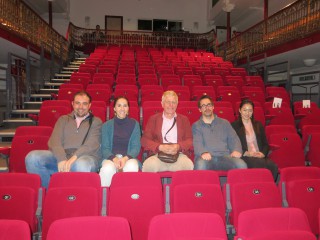 Daniel Schell: Composer and performer. Beside his works of Opera, instrumental and vocal music, Daniel has studied in depth Indian classical. He has accompanied many Indian artists, and written several books as ‘Practice of Indian Music’, ‘The Bansuri’, The Tabla’ . He is

preparing a ‘Jasraj Songbook’ with Pandit Jasraj. The transcriptions were made with the help of Ankita Joshi, under the guidance of her guru Jasraji himself.

More on the piece:

In the recording and the performance, Jasraj always introduces a composition by a mantra, a religious invocation. In this case it is:

Text of the poem by Adarang:

The lady is telling her friend: Whom I love, he does not love me

No use of such gold, which will cut your ear

I have loved him, now I have made him an ennemy

Adarang (the poet) says : keep distance from such a person

who does not know the meaning of love.

Text of the poem by Jasraj:

He made me crazy and he left

And I don’t know where he is

Some other lady has entered in his life and took place

Now I don’t know what is in his mind

Raaga darbaaris a legendary raaga, sung at night, with an expression of depth. It is therefore usually performed by bass voices or low-pitched wind or string instruments.

Based on the aeolian (asawari) scale, this raga has three flats

Do re mib fa sol lab tib do’

When performing the phrase S R g (Do re mib) , the g (mib) is sung low pitched on a very characteristic way.

The g (mib) is most often taken from the M (fa) with a continuous meend (glissando). Furthermore, there is a slow andolaan (slow vibrato) between M (fa) and g. (mib)

The phrase S’ n d P should never be sung, and similarly S’ n d. However Jasraj uses quite often S’ (n_)d with the d ornamented by the n, again with a continuous meend (glissando).going from n to d.

Consequently the descending scale, in slow tempo, could be rewritten

Darbaari is very difficult raga to sing because of the zigzag-s in the descending scale the expression of the low g, and in general the dark colour which has to be rendered. For his reason, it is avoided by beginning artists, and even confirmed artists fear to perform it. Jasraj has delivered an historical performance of this raga in his baavari. Recording.

Transcriptions made with the kind help of Ankita Joshi.

Many thanks to all who helped for this project: Pandit Jasraj and family, Vimla Sippy, Ankita Joshi, Bozar Tony van der Eecken and Stefaan Guilliams, Quatuor Tana Antoine Maisonhaute.