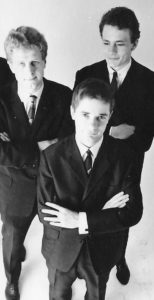 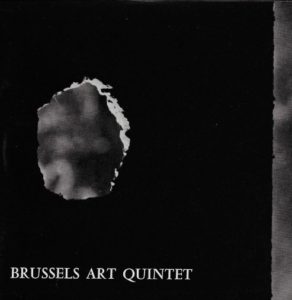 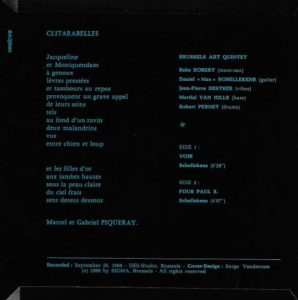 Daniel organised and produced this session while studying at ULB (Brussels University) with his regular musicians Jean-Pierre Destrée and Martial van Hille, All three  members of the group Classroom. Daniel decided to ask two jazz stars to complete the session: Babs Robert and Robert Pernet, both amongst the most prominent jazz musicians of the time

Daniel met Serge Vandercam and the Piqueray brothers at the café ‘Le Macon’ where the Fantomas group had a regular weekly meeting. Serge decided to help, he made the layout of the sleeve and used his well known photo ‘Le Trou’ . Since then, this record was regularly included in Vandercam and CoBrA museum exhibitions. 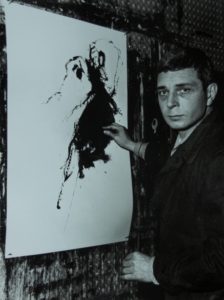 The score of ‘Vas-Y-Voir‘ composed by Daniel Schell